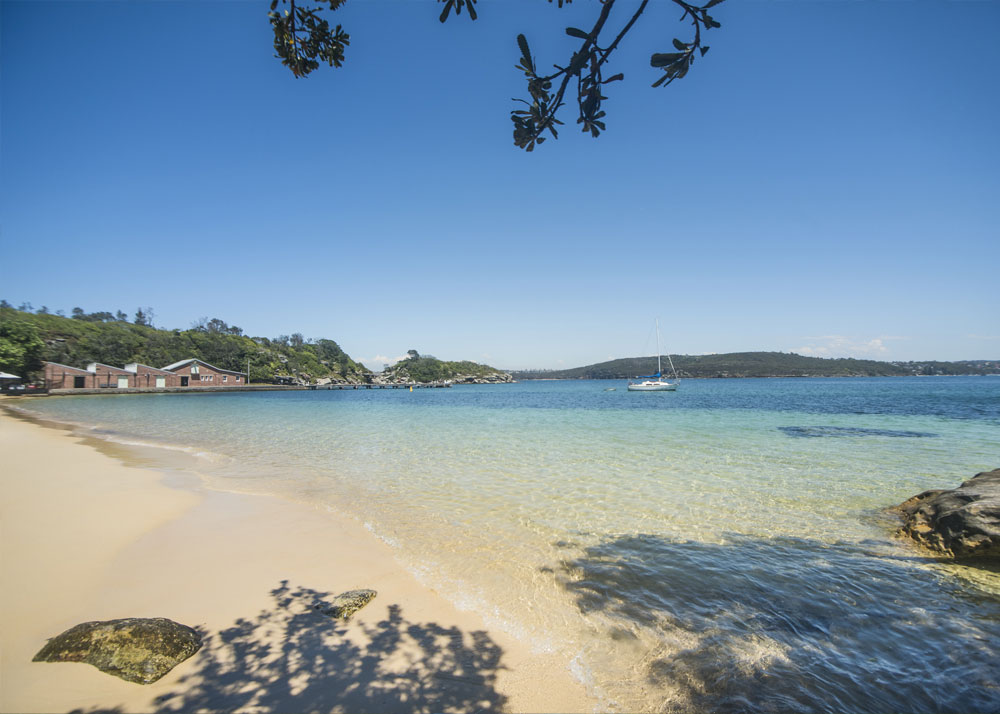 Daily reports of the sick from the emigrant Ship Minerva

Blew a hurricane all night accompanied with torrents of rain & occasional showers of hail – wind still high, temperature of the atmosphere very low. The rain penetrated all the tents except those which were lined.

Last night was most unfavourable to those poor women in the Lazaretto, some of whom had their beds wet thro’. They are however still slowly gaining strength. Mrs Szillmann, who is very weak, complains today of a cough.

Just inside Sydney Harbour, behind North Head, is Quarantine Cove. I went there as a child in my father’s cousin’s boat. “We’re not allowed ashore,” said cousin Cedric. “It’s a quarantine station.”

None of us knew then that Cedric’s and my Dad’s great-grandparents (my great-great-grandparents) had spent two months at Quarantine Cove, one hundred and twenty years earlier: Clara Louise and Johann Leopold Zillman.

The Australian government has always taken quarantine seriously, even in the early years. Ships with sick crew or passengers – cholera, smallpox, typhus or typhoid fever – were required to “perform quarantine” until health authorities declared them no longer a threat.

Spring Cove, inside North Head, was first selected to isolate diseased convicts, and in 1837 the whole of North Head was marked off as a quarantine area. It stayed that way until 1986.

It was called Quarantine Cove, and ships carrying disease would be moored there, yellow warning flags flying. Tents and crude buildings were erected to provide a hospital and housing.

Until the late 1850s, so-called Fever Ships were a horror of the transportation of convicts and immigrants to Australia. One of the most common and feared fevers was typhus. Typhus is spread by lice, and the crowded, cramped conditions below decks on long voyages provided ideal conditions.

On 23 January 1838, the immigrant ship Minerva arrived at The Heads, after a non-stop, nineteen-week voyage from Scotland. It was a fever ship. The first typhus victim had died just two weeks into the voyage, and a total of twenty-eight passengers, out of two hundred and five, died either on the voyage or after arrival. The Minerva was placed into quarantine.

It was a tragic situation. Children were orphaned. The ship’s doctor and all of his family caught the fever, he alone recovering.

Clara and Johann were members of a group of German nationals on their way to start a Protestant Christian mission to the Aborigines of Moreton Bay. It would be the first free European settlement in what would become Queensland.

The missionaries had been selected for their religious devotion and their useful trades: farmers, bricklayers, gardeners, a cabinetmaker. Johann, twenty-five years old, was a blacksmith, and his twenty-one-year-old wife Clara was listed as a schoolmistress. Clara and Johann had been among six couples married just two days before leaving Berlin to make the voyage to Australia.

Clara survived the typhus. On 7 April the last of the survivors were released from Spring Cove, and in June she and her husband travelled north to begin work at the mission in Brisbane. By then she was pregnant with the first of her eleven children.

The government granted the mission six hundred and forty acres of land in what is now Nundah, about eight kilometres from the Convict Station on the Brisbane River.  Known as German Station, the mission was well situated for the missionaries’ objectives of teaching and converting the local Turrbal people. The area was rich in bush produce and was at a crossroads for travelling Indigenous groups.

Running through it was a creek lined with majestic eucalypts and tea-trees and teeming with fish. The missionaries named it Kedron Brook. Some of those huge gum trees and paperbarks are still standing. Turrbal people camped here in large numbers, as well as on the present site of Nundah Cemetery.

The missionaries were devout and hard-working: clearing the scrub, building slab houses, a church and school on what they called Zion Hill, a pine-covered rise next to the present-day Toombul Shopping Centre. They established gardens and orchards and a dairy.

The plan was to learn the local language and customs and teach reading, writing and the Bible, as well as practical skills. In return the Aboriginal people would help with building and gardening.

The local people were open to the benefits of what the missionaries were offering but clashes soon developed over the produce of the gardens, established as they were on traditional lands. By 1840, shots were being fired and there were raids on the mission.

According to his son’s memoirs, Johann Zillman and other irate missionaries would sit up all night guarding the sweet potato fields. Johann even wrote to his father-in-law in Germany asking him to send him a gun. Clara’s father sent him a Bible instead, with the inscription, “My son, I cannot send you a gun, but instead I am sending you a Sword of the Spirit wherewith you shall be able to quench the fiery darts of the wicked.”

It became obvious that the local Aboriginal people were not interested in Christianity, and financial support for the mission dried up. By 1850 its role was abandoned. When the convict era ended, land became available for sale at German Station. Johann bought some, and leased further blocks for cattle raising. Zillmere and Zillman Waterholes are named after the family.

In the mission years my great-great-grandmother Clara would have suffered the nervous tensions of living in the midst of a people utterly foreign to her and potentially threatening. Her many children grew up playing with the local children, falling in the creek, getting lost in the bush and no doubt being bitten, stung and scratched by all manner of things frightening to a woman from Berlin, no matter how devout she was.

Clara Zillman died at the age of sixty and is buried along with Johann Leopold in leafy Nundah Cemetery. Pictures that survive from the time don’t do justice to the young, adventurous pair who married in Berlin, almost died on the long voyage to Australia, took on a brave enterprise, and lived on to become part of a new state.

Several years ago, my daughter Lizzie asked me to drive to Sydney with her. A friend was getting married.

A month later we checked into Q Station. There were harbour views from the verandahs, with the tall buildings of the city centre in the distance. We walked down to the sweet little beach, with penguin footprints in the sand.

Lizzie swam round the old wharf, braving Sydney Harbour sharks and cutting herself on oyster shells.

On the rock face lining the road leading up from the wharf, the names and crests of ships that were quarantined here are carved into the soft sandstone. Over a thousand such inscriptions have been discovered. Perhaps they include the Minerva, and the names of my sick, frightened, determined ancestors who lived here for a time, over one hundred and eighty years ago.

This information comes from: