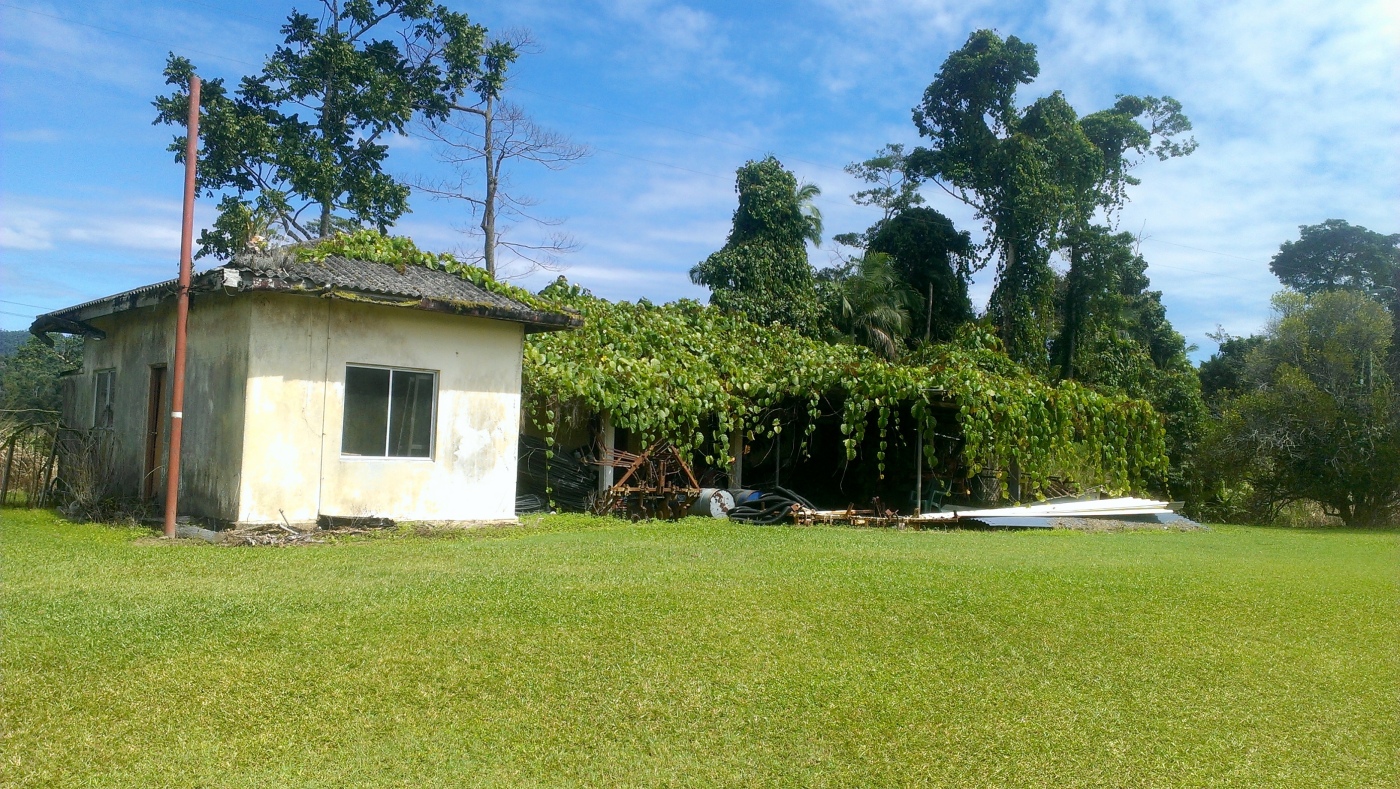 It’s a muggy night. Around three in the morning I get up to turn on the ceiling fan. At once there’s an appalling clanking, roaring and rattling. A flashing light blasts through the bedroom and a hooter sounds close by.

It’s not a fan disaster. It’s just a cane train. Dozens of empty bins are rattling down the line, pushed by two locos, out to the cane fields ready for the morning’s harvest.

Cane trains. Humidity. Crocodile warnings. Mountains that are taller, greener and closer than anywhere else. These are the obvious indicators that you’re in the wet tropics. I like some of the less obvious clues as well.

I look for the old cane cutters’ barracks on scenic back roads. There are several barracks along the beautiful route, once part of the Bruce Highway, that winds from the small town of Silkwood through the cane farms of Japoonvale and Mena Creek, past the tourist attraction of Paronella Park and on to Innisfail.

North Queensland cutters’ barracks are unmistakable. They were built to union specifications and would accommodate a gang of six or eight cutters plus a cook: single-storeyed, often concrete buildings with a row of sleeping rooms opening on to a basic verandah, and at the end of the building a kitchen/living room. Outside is a square concrete tank stand with a bathroom under it. These days, fifty years and more after the disappearance of manual cane cutting, most barracks are overgrown, deserted, or used for sheds; but they tell a story of North Queensland’s past.

Sugar cane is grown in Central and Southern Queensland, too, as well as Northern New South Wales; but North Queenslanders are scornful of the southern crops. “Call that sugar cane? It’s nothing but guinea grass!”

In the North, there are few iconic timber Queenslander-style houses, with fretwork and sprawling verandahs. Instead, houses are built of termite-proof materials such as concrete, brick, corrugated iron and fibro; and some of the older, elevated houses have a quaint local feature.  When the Hills Hoist appeared, in the 1950s, many North Queensland householders installed a narrow concrete elevated walkway off the kitchen and laundry, with the rotary clothesline at the end.

No longer was it necessary to hang out clothes in the muddy yard. Now you could do the washing upstairs and push the trolley straight out to the clothes line. Unique domestic architecture of the North.

Gardens are also different in the North. In her yard in Innisfail, Con’s mother Min had citrus trees (full of green-ant nests), ferns, orchids, papaws, bananas, bromeliads, even azaleas; but around many North Queensland houses there is little but mown grass, palm trees and a hedge of red cordylines. Vegetation flourishes here, and gardening is a matter of machetes rather than hoses; so why so few lush, tropical-style gardens like Min’s?

For people who live among cane fields, it’s a practical decision. My son Joe, standing on his wide expanse of lawn, explained it, as we listened to the rustling sound of wind in the tall cane just beyond the fence.

“We keep the yard clear to discourage creatures living in the cane from coming near the house: rats, taipans, wild pigs. There’s lots of wildlife in cane paddocks.  Leptospirosis – Weil’s disease – is not unknown up here. People can die of it. It’s spread through contact with urine from infected animals, especially rats and mice.

“I don’t have all this lawn because I like using the ride-on mower. That’s just a side benefit.”

There is a 1980s miniseries, Fields of Fire, set in Silkwood, with references to local places: Japoonvale, Mena Creek, Innisfail. 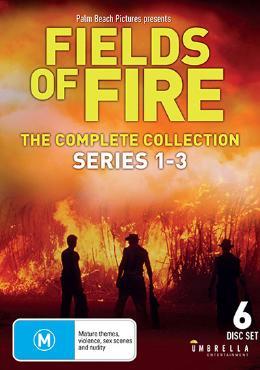 Fields of Fire is a saga of the sugar industry in North Queensland. Its story plays out among the cane cutting gangs of the late 1930s, Italian immigrants, industrial strife and the switch to mechanical harvesters. The town in the series has Silkwood signs on its railway station and shops, but as I watched it recently, I noticed a few things that don’t fit with my images of the Far North.

The cane cutters’ barracks are different.

There are timber farmhouses with fretwork around the verandahs.

There is something that doesn’t exist in NQ – a surf beach.

And something rare in the North – jacaranda trees.

It turns out that the show was filmed in Northern New South Wales, in the cane fields around Grafton. Hence the jacarandas. The town with its “Silkwood” signs was the historic river port town of Ulmara, and the surf beach was near Yamba.

I can imagine the disgust of the North Queenslanders as they watched it, back in the ‘80s. “If they wanted to make a show about Far North Queensland, why couldn’t they make it here? Bloody southerners, they can’t think past the Harbour Bridge.”

I guess for a Sydney production company, Grafton was the Far North. It all depends where you’re looking from. But it’s not the same. North Queensland is unique.

(For further information about cane cutters’ barracks, see the book “The Cane Barracks Story: the cane pioneers and their epic jungle sagas”, by Eugenie Navarre)